vCloud Air is now proudly hosting my favourite Nostalgia VM having recently decided to extend my Homelab into the cloud by installing an on premise vCloud Connector Server and a vCloud Connector Node. The entire setup process took literally no more than 20minutes and the beauty of the Nostalgia VM was that as its virtual disk is so small, even on a consumer ISP, the copy speed to transfer from the vCenter UI (note this is only accessible via the C# client) took barely any time.

The quick and dirty steps to create the hybrid integration involved:

If you haven’t already created a catalog within your VDC, you need to do this before you can copy a VM but this is a three click process within vCloud Director.

Copying VMs to vCloud Air also requires the source VM to be switched off.

After the the copy completed, I powered up the VM and opened up the web embedded console. Even though I’d only recently reacquainted myself with the original game through the VMRC on my vSan setup, playing it whilst running from the public cloud gave it a whole new dimension in playing Prince of Persia online! Admittedly my timings and responsiveness had to be slightly adjusted for keyboard inputs due to the larger than 1ms latency I get from my homelab to the VM, but I was pleasantly surprised to find that it was still playable in its full glory. 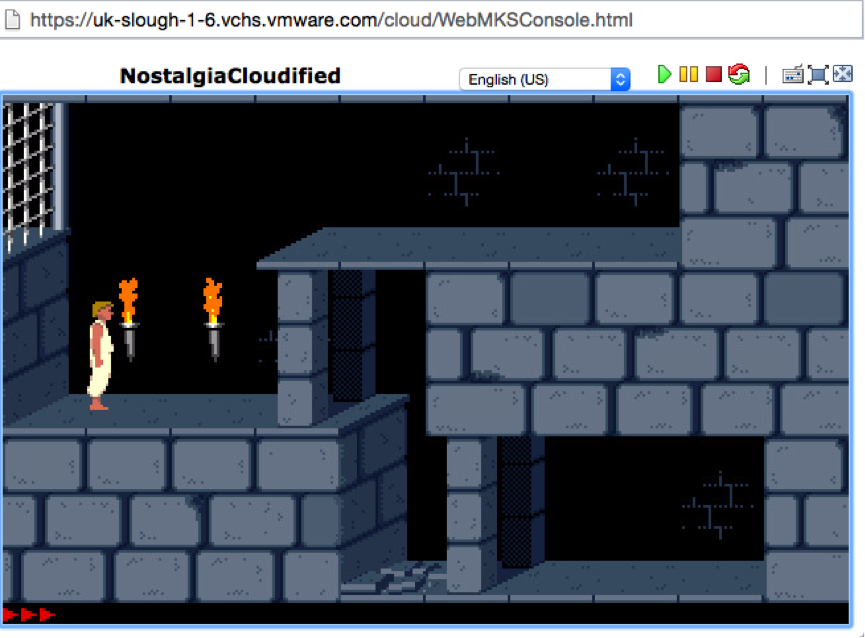